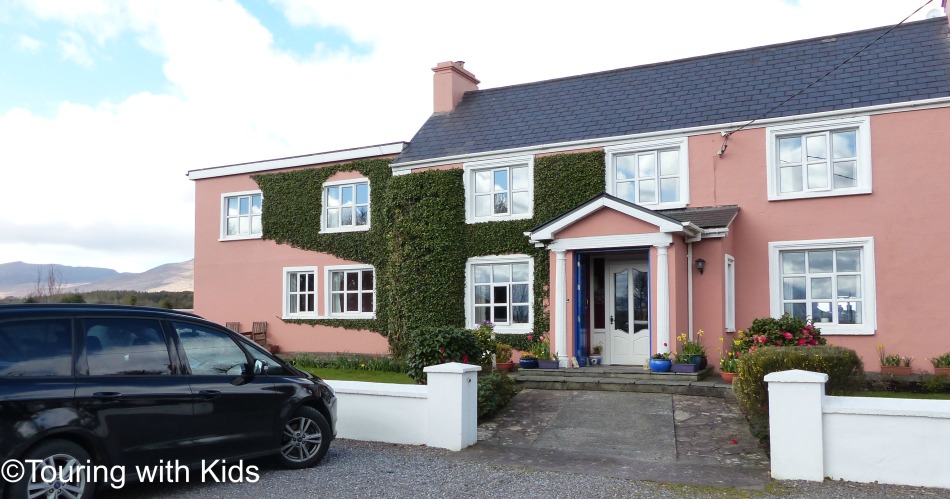 While we enjoyed the Aspect Hotel Kilkenny, we were excited to get back to the Ireland B&B vibe. Murphy’s Farmhouse is located strategically near Killarney and the Dingle Peninsula. It was the perfect location to spend time at Killarney National Park and the Ring of Kerry one day and to travel the Dingle Peninsula on the other. My husband was also hoping to surf at Inch Beach. Murphy’s Farmhouse offered a good location for an early morning session.

I can’t remember if I read it or if the proprietor told us, but I believe the farmhouse is about 300 years old. The individual rooms didn’t feel that age, but the flooring in the hallway was a bit uneven. It was also very narrow with the definite sense that the farmhouse had grown from its original size.

The rooms were comfortable and all en suite (with a bathroom). The nights were chilly and the wall-mounted space heaters were necessary. The rooms had a nice view of the surrounding farmland.

The breakfast was plentiful. I was surprised going down to the spacious breakfast room the first morning. It hadn’t seemed as if there were many people during the night, but the room was full. There was the normal continental selection of cereal, breads and spreads and yogurt. It was also possible to order a “full Irish breakfast” or a la carte hot items.

I ordered kippers under the delusion they were a potato dish. Was I mixing the name up with knishes? I don’t know. They sound like potatoes. They are not. A kipper is a whole herring split down the middle. I don’t eat fish, but even if I did, I probably would have passed on the kipper. When you’re expecting potatoes, bony fish isn’t going to cut it.That mistake aside, everyone enjoyed the breakfast. We still have a laugh about my ordering kippers.

The views were pretty and peaceful. 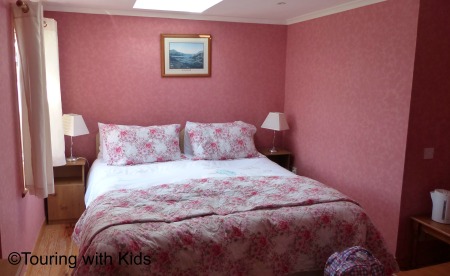 My husband and dad really liked this farmhouse. Some cozy pubs were in walking distance and my husband became instant friends with some of the locals. My dad just liked the idea of the old farmhouse. My mom and I were less enthusiastic about it.

This is going to sound crazy, but the farmhouse felt haunted. My mom, Sport and I heard unexplained knocking sounds over our two nights. We heard them individually and didn’t really discuss them. It came out later in the week that we’d all heard these sounds. I tried to listen to see if there were water pipes, heating ducts, etc. to explain the sounds. But I was woken from a sound sleep one night from a definite knock on my door. Could it have been another guest? Maybe, but I never heard anyone walking away.

I don’t want to put it out there that it’s definitely haunted. Half of the group sensed nothing, and the other half did. I’m enough of a skeptic to concede there are possible explanations for the noises we heard. But I also don’t think it’s unreasonable to think there might be something lingering in a 300 year old farmhouse.

After our trip was over, I tried to search for any ghost stories or sightings in the farmhouse or surrounding area. I didn’t turn up any information. So was it all in our heads. As Bean often likes to say, “No one knows.”