After an incredibly full day at Hamlet’s Castle and Tivoli the previous day, our last morning in Copenhagen was quiet and relaxed. We enjoyed the hotel’s wonderful buffet one last time, then finished packing. We were able to leave our bags in the hotel’s bag room. In my head, I thought we might visit the Amber Museum or climb the tower we’d seen our first day there. But we were tired and just wanted to soak in the city for a while.

We made our way down to the canal district at Nyhavn. With no real plan, my husband tried to find an open bar (at 10 am) to try a drink he’d heard about. The girls wanted ice cream. Not morning drinks and foods, but we were on vacation! The morning was crisp, clear and beautiful. It was delightful to wander around the canal area. 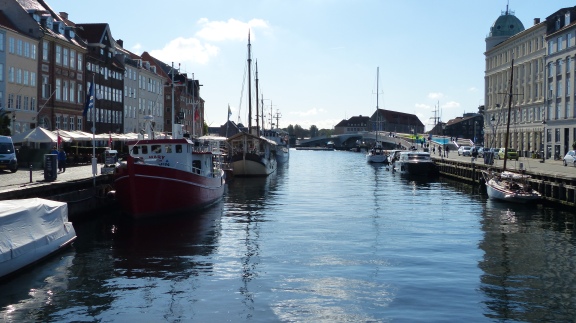 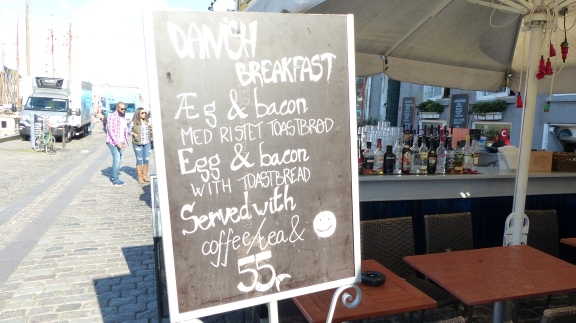 Our wanderings took us to Amalienborg and the girls enjoyed watching the guard one last time. All too soon it was time to head back to the hotel. 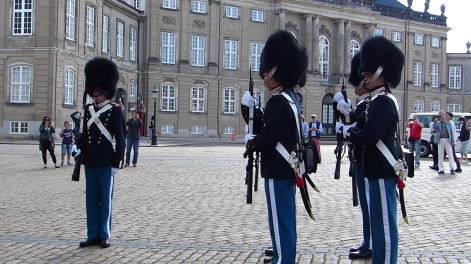 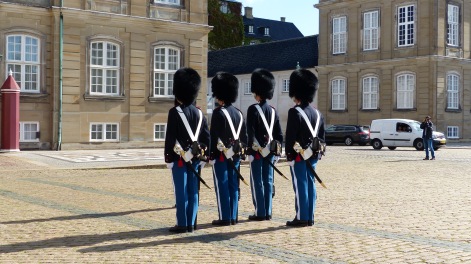 Our trip to the station was uneventful, and we found track 26 after a bit of a walk (it seemed to be the farthest track).  The Arlanda Express is an international train, and it sounded as if there might be some security to board. The tickets said to be there at least 30 minutes early. So we were a little confused when departure was 15 minutes away and our train still had not pulled in. People were muttering and asking one another if they were boarding the Arlanda. It just seemed as if something was off.

A couple of minutes later, an announcement sounded. The Arlanda Express was leaving…from track 1. Everyone looked at each other and all silently agreed they had heard correctly. There was a collective groan and mass movement towards track 1 on the other side of the station. I have never been so glad that we pack lightly. We booked it over to track 1 with minimal issue. The entire train seemed to make it over to track 1 in record time and the train only left a few minutes late.

After that unexpected burst of exercise, there was nothing left to do besides relax and look forward to Stockholm!