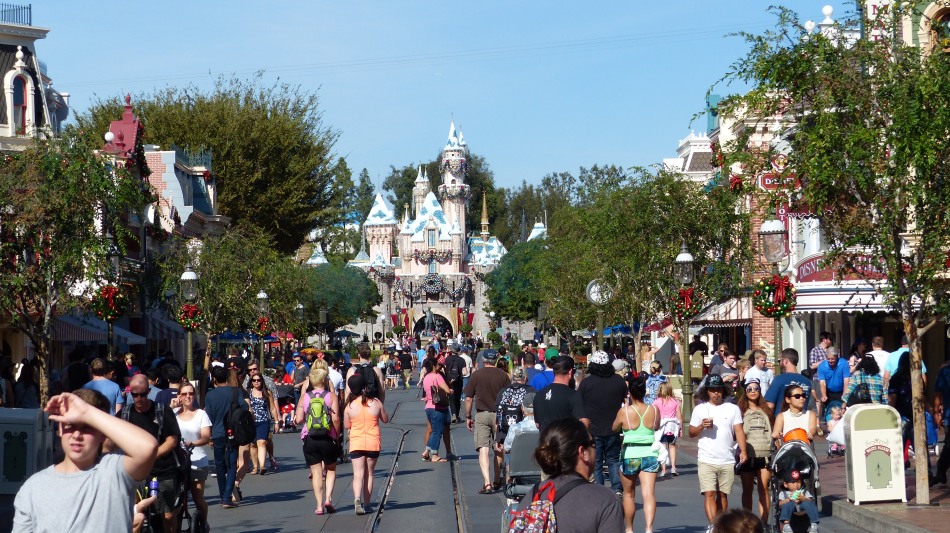 Cast: Me, my husband, Sport, Bean and my parents

This trip came about in early August. It had been almost a year to the day since we had been in Disneyland and the ‘hankering’ for Disney had begun to set in. This feeling of emptiness usually sets in about a year after our last trip. This year, instead of August, my sights were on November. In New Jersey, schools have two days off as a long weekend. My goal was to leave on November 8th or 9th and return on the 13th.

On our August 2015 trip to Disneyland and other points West, I booked the trip through Costco and was happy with the price and overall value of our package (hotel, character meal, 60th anniversary pins and lanyards and some other inclusions). This time around the number of nights we wanted to stay was blocking us out of some of the better pricing. Disneyland seems to have fewer “deals” than Walt Disney World, and it just didn’t seem like it was going to happen.

In desperation, I typed “disneyland package deals” or something like that. The first link to come up belonged to Get Away Today. I punched in our dates and couldn’t believe the price that came up.  Park tickets and hotel were much better than other sites or pricing individually. What’s more, the price for the Wyndham Garden Grove included the resort fee, shuttle and breakfast.  It was so good I actually called to find out what the catch was. I can’t remember who I spoke to, but she was incredibly pleasant and helpful. She assured me that there was no catch. Still not quite believing her, I booked package. My mom booked for her and my dad a few minutes later.

Up until check-in at the Wyndham Garden Grove, I kept expecting to be hit up with extra fees or costs. They never came. I was so pleased with the value from Get Away Today as well as their friendly representatives. They will be our first stop on our next attempt to book a Disneyland trip.